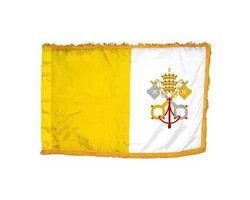 1. I am the Lord thy God and thou shalt not have strange gods before me.
"I am the LORD your God, who brought you out of the land of Egypt, out of the house of bondage. You shall have no other gods before me. You shall not make for yourself a graven image, or any likeness of anything that is in heaven above, or that is in the earth beneath, or that is in the water under the earth; you shall not bow down to them or serve them."
The first commandment according to the Catechism of the Catholic Church
2. Thou shalt not take the name of the Lord thy God in vain.
The second commandment prohibits the use of God's name in vain.Many ancient cultures believed that names were sacred; some had prohibitions on when a person's name could be spoken.
3. Remember to keep holy the Lord's Day.
"Our Father who art in heaven, hallowed be thy name". According to, Pope Benedict XVI when God revealed his name to Moses he established a relationship with mankind; Benedict states that the Incarnation was the culmination of a process that "had begun with the giving of the divine name." Benedict elaborates that this means the divine name could be misused and that Jesus' inclusion of "hallowed be thy name" is a plea for the sanctification of God's name, to "protect the wonderful mystery of his accessibility to us, and constantly assert his true identity as opposed to our distortion of it".
According to Catholic teaching, this commandment does not preclude the use of God's name in taking solemn oaths administered by legitimate authority. However, lying under oath invoking God's name for magical purposes, or voicing words of hatred or defiance against God are considered sins of  blasphemy.
Six days you shall labor, and do all your work; but the seventh day is a Lords day to the Lord your God; in it you shall not do any work.
Because the faithful are obliged to attend Mass unless there is a grave impediment, pastors have the corresponding duty to offer everyone the real possibility of fulfilling the precept. ... Yet more than a precept, the observance should be seen as a need rising from the depths of Christian life. It is crucially important that all the faithful should be convinced that they cannot live their faith or share fully in the life of the Christian community unless they take part regularly in the Sunday Eucharistic assembly.
4. Honor thy Father and Mother.
"Honor your father and your mother, that your days may be long in the land which the Lord your God gives you." The fourth commandment according to the Catechism of the Catholic Church.
The Catechism says this commandment requires duties of children to parents that include: Keeping this commandment, according to the Catechism, also requires duties of parents to children which include: 5. Thou shalt not kill.
You shall not kill.The fifth commandment forbids suicide and the mercy killing of those who are dying, even to eliminate suffering. The ordinary care of those facing an imminent death may not morally be withheld, according to the Church. "Ordinary care" refers to food, water and pain relief, and does not include "extraordinary care", which refers to the use of respirators or feeding tubes that are considered discretionary. Allowing a terminally ill person  to die, using painkillers that may shorten their life, or refusing extraordinary treatment to the terminally ill such as chemotherapy or radiation, are considered morally acceptable and not a violation of the fifth commandment, in accordance with the principle of double effect.
6. Thou shalt not commit adultery.
The Catechism lists the following "offenses against chastity", in increasing order of gravity according to Kreeft:

7. Thou shalt not steal.

8. Thou shalt not bear false witness against thy neighbor.
Do not lie.
False witness and perjury: statements made publicly in court which obstruct justice by condemning the innocent or exonerating the guilty, or which may increase the punishment of the accused.
9. Thou shalt not covet thy neighbor's wife.
"You shall not covet your neighbor's house; you shall not covet your neighbor's wife, or his manservant, or his maidservant, or his ox, or anything that is your neighbor's.
The Church identifies gifts of God that help a person maintain purity: Jesus stated, "Blessed are the clean of heart, for they shall see God." This purity of heart, which the ninth commandment introduces, is the "precondition of the vision of God" and allows the person to see situations and people as God sees. The Catechism teaches that "there is a connection between purity of heart, of body and of faith."

10. Thou shalt not covet thy neighbor's goods.
"You shall not covet ... anything that is your neighbor's. ... You shall not desire your neighbor's house, his field, or his manservant, or his maidservant, or his ox, or anything that is your neighbor's."
Detachment from riches is the goal of the tenth commandment and the first Beatitude("blessed are the poor in spirit") because, according to the Catechism, this precept is necessary for entrance into the Kingdom of heaven. Covetousness is prohibited by the tenth commandment because it is considered to be the first step toward commission of theft, robbery and fraud; these lead to violence and injustice. The Church defines covetousness as a "disordered desire" that can take different forms: Explaining Church teaching of this commandment, Kreeft cites Saint Thomas Aquinas, who wrote, "An evil desire can only be overcome by a stronger good desire." The US Bishops suggest that this can be achieved through cultivation of goodwill, humility and gratitude for one's own and others' blessings, while trusting in God's grace. Kreeft explains that Saint Paul the Apostle illustrated the concept in his letter to the Philippians when he listed his worldly credentials as a respected Jew and stated, "I count everything as loss because of the surpassing worth of knowing Christ Jesus my Lord." As Jesus stated, "What shall it profit a man if he shall gain the whole world, and lose his own soul?  Church teaching on the tenth commandment is directed toward this same attitude toward worldly goods, termed "poverty of spirit".
[February 2019]

Blessed is the man that endureth temptation:
For when he is tried, he shall receive the crown of life, which the Lord hath promised to them that love Him.
Jms 1/12
Writes-citates Frank Rizz
​​[June 28th 2019] 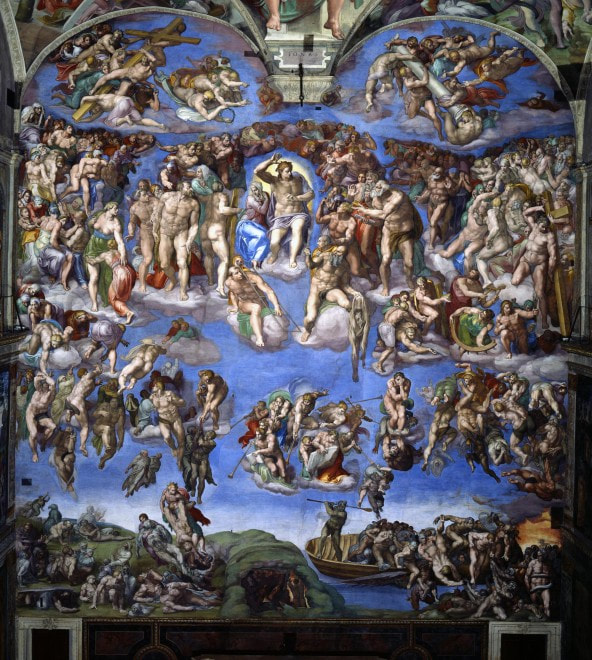